The Dodgers have lost 4 games in a row. What happened to the team that never seemed to lose?

For a few weeks it seemed that the Dodgers were on a mission to NEVER lose a game. Suddenly they can’t seem to win. They have lost two games to the D Backs and have already lost the series to them. They lost the series to the Brewers as well. The team who had so many dazzling walkoffs and come-from-behind wins suddenly are unable to do what they have been doing the last few weeks. What is wrong?

I don’t believe in jinxes although I do have my superstitions. The Sports Illustrated edition with the Dodgers on the cover seems to have doomed the Dodgers since that was when they began to lose their offense. As soon as I saw that cover, I started to worry.

Team chemistry is important. Losing Joc is one differential. I know. Tell me again how Joc has not been hitting, that it was necessary that he go down to Triple A to fine tune his swing. The team chemistry took a big hit. Best buddy Ryu is not the same. He had his worst game on Wednesday when he allowed 6 runs.

The addition of Curtis Granderson seemed to be a good thing. But somehow his addition, although he is tearing it up upset the chemistry. I love Grandy but somehow it’s changed things. 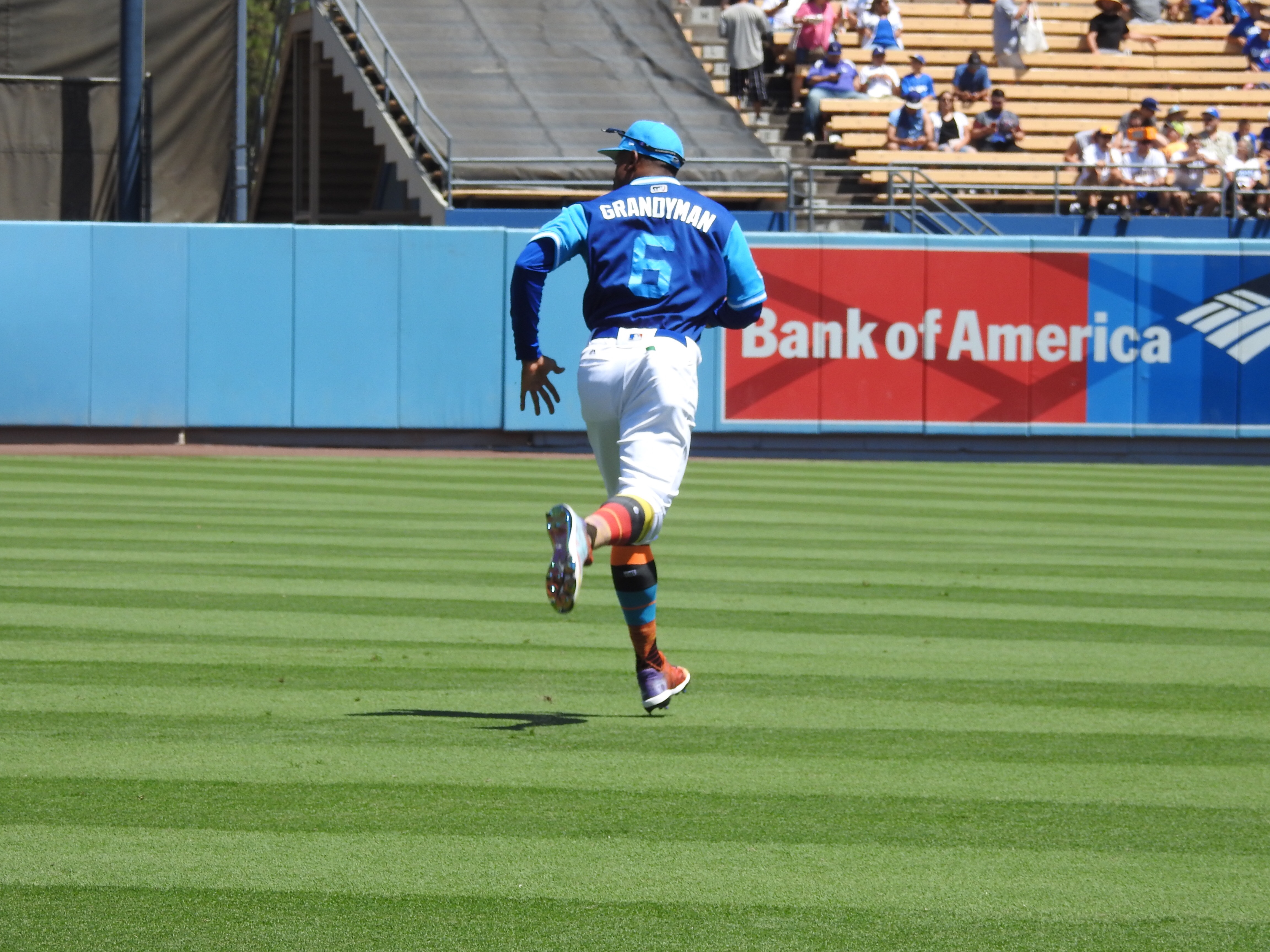 He’s doing well but the rest of the team has taken a hit.

Hopefully the Dodgers can get back on track. No one else seems to be worried. Maybe it’s better that the Dodgers do their losing now rather than in the playoffs. The D Backs are on a winning streak so they will likely be in the Wild Card race. It’s obvious that they are the Dodgers Achilles heel. It would be a sad thing to lose to them in the playoffs.

Okay , so I am needlessly worrying about nothing. They will get back on track. No matter what, I still love my guys.

Thanks for stopping by. Today Kenta Maeda 12-5 ERA 3.76 will face ex-Dodger Zack Greinke 15-6 ERA 3.14. I’m hoping that Yasiel can hit a homerun against him since Zack HATES Puig. I’m hoping that the Dodgers can pull off a big win so they D Backs can’t gloat about sweeping the Dodgers. GO DODGERS!!!